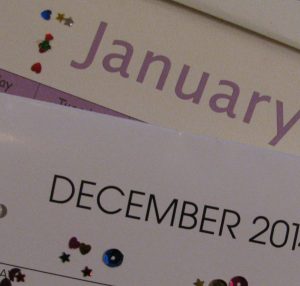 So, the end of the year is upon us once again. Time to do another “Blog in Review” post to look at the most popular stories of this year. (Or last year, actually, for some of these same posts were in last year’s Top Ten, as well.)

1. Palmetto Pride: For the second year running, the #1 blog post was … a look at the palmetto tree mailbox posts in the neighborhood. I must admit I’m baffled by the interest in this topic. But I guess I shouldn’t be. I mean, it interests me enough to write about it. Repeatedly.
2. Hypers!: Yes! A Nancy Drews-day Tuesday post was the second most popular post of the year. In fact, eight out of the Top Ten posts were about Nancy Drew. All I can say about that is … “Hypers!”
3. Mortimer Bartescue: This Nancy Drew post was about the most memorable character in the series — with one of the most memorable names.
4. And Yet More Palmettos: See #1. Yep. More palmetto tree mailboxes.
5. Valentine: What? You don’t know about Nancy Drew and The Legend of Dirk Valentine? Well, you would if you read The Secret of Shadow Ranch. Or, if you read this blog post.
6. The Case of the Disappearing Whelks: This post about the most interesting “treasure” in the whole Nancy Drew series was apparently interesting to a lot of people. For the second year running, it was in the Top Ten — although it did move down a spot from #5.
7. Chinese New Year: In celebration of the Chinese New Year, this post looked at three Nancy Drew books that involve encounters with Chinese dragons.
8. Hidden Panels: I always wanted to find a hidden panel in my childhood home — just like Nancy Drew. Judging by the popularity of this post, I think a lot of other readers did, too.
9. Camp Counselor vs. Insurance Salesman: This post looked at possible career paths for Nancy Drew’s “special friend” Ned Nickerson. Apparently a lot of readers are still concerned about Ned’s future. This post actually gained in popularity this year, moving up a spot from last year.
10. Appearances Can Be Deceiving. But Usually Aren’t.: It’s easy to spot the crooks in Nancy Drew stories. But that doesn’t make the books any less perfect than they are.

Thanks for sticking with me another year! See you again in 2018.