Next to rabbits, I think the most popular thing to put in a birdbath that is not a bird is a plant of some kind.

Usually, the plant is in a pot. But sometimes, the homeowner will get creative and use flowers instead.

Here’s a birdbath that used to change flowers with the seasons. 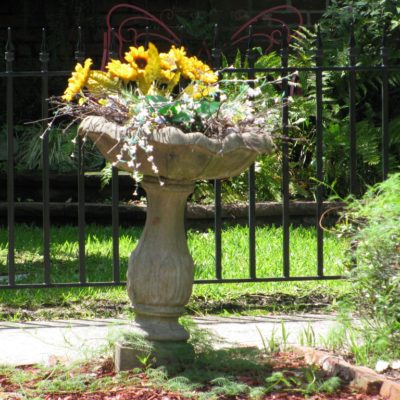 Why do I say used to?

Because one day I passed the house, looking to see the latest thing in the birdbath that was not a bird. But instead, I saw that the birdbath was not even a birdbath anymore.