I was born and raised in Columbia, South Carolina. A true child of the South, I grew up with a deep appreciation of stories and made them up all day long. But honestly, the best stories were just handed to me. 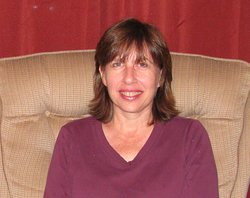 Every year, while visiting the old family home in Florida, I heard stories about the relative whose chauffeur was eaten by a tiger in Java, the uncle who fired a real cannon in the driveway, and the ghost that haunted the house next door. (Although she would have had to move from Philadelphia somehow to do so.)

Stories were everywhere. My great-grandmother even published a novel in 1876. (She wouldn’t be thrown into jail until 40 years later, but that’s another story.)

There’s no way I could not turn out to be a writer. So, I wrote.

My first stories were about the adventures of my many dolls, most notably “Pumpkin and Space Baby.” Maybe these early stories didn’t quite live up to the thrilling tiger/cannon/ghost stories of my ancestors, but I couldn’t help it. After all, I grew up in the suburbs.

Much later, I came to appreciate an important fact about the suburbs. Suburbs have yards, and yards have dogs. And if you pay attention, you’ll discover dogs have stories of their own, only they can’t write them down. But you can. I certainly couldn’t have come up with the Down Girl and Sit series all by myself.

So now I’ve spent many years writing stories about squirrels, and cats and hamburgers. (Hey, to a dog, those are more exciting than cannons!) I’ve also spent many years using my journalism degree to write marketing materials about gasoline storage tanks, sewage treatment equipment and insurance software. Yes, it’s an exciting life I lead.

The best part of my life, though, is living in the very same suburbs I grew up in, with two amazing daughters and one crazy dog.

Oh, the stories I could tell.

Oh, I’m sorry, did you ask for the short version? I was born in Columbia, South Carolina, and wrote my first story at the age of four. I continued writing all through my childhood and had my first novel accepted for publication when I was 20. I graduated from the University of South Carolina with a degree in Journalism. Since then, I have built a career in marketing, with stints at a broadcasting company, an advertising agency and the marketing department of a large corporation. I still live in Columbia.